Incredible success for Dean Close at the Nationals 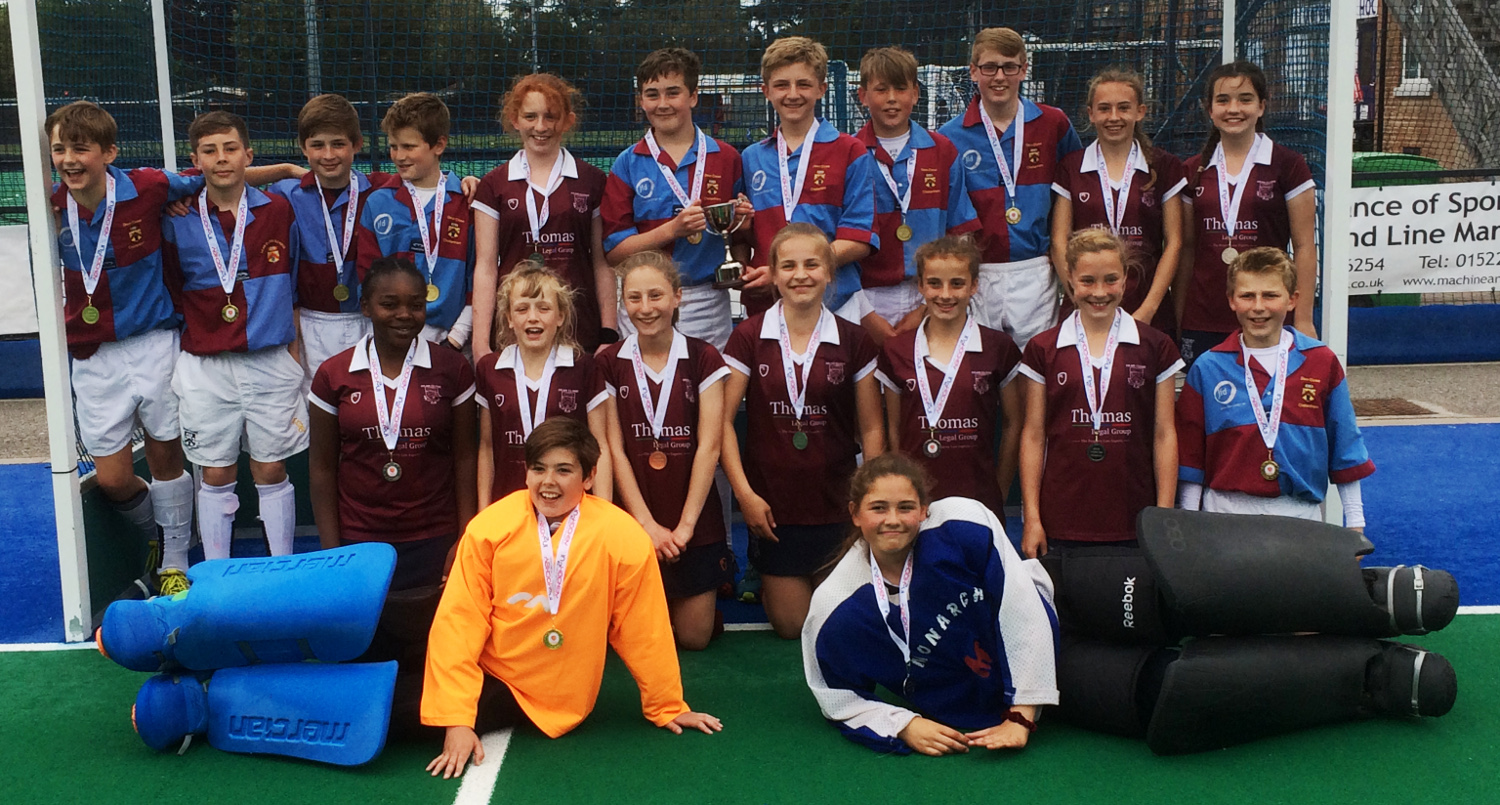 On Friday 17th May the Dean Close U13 girls' and boys' hockey teams travelled to Nottingham to compete in the England Hockey In2Schools National finals. There were 10 teams in each competition, split into two pools of 5. There were no semi-finals, so it would be the winner of each group that reached the final. The girls did it the easy way; after 3 wins in their first 3 matches they were into the final with a game to spare, as other teams had faltered. The girls won their final pool match too, to finish top of the group by 6 points. This was an amazing achievement in itself. Meanwhile, the boys won their first match but then drew against Whitgift. With both teams confident of winning all other pool matches, it was going to come down to goals. The boys worked really hard to create as many opportunities as possible and put themselves in a good position, whilst knowing that other results were out of their control. With identical goal differences Dean Close won through having scored one more goal than Whitgift! In the final, the boys were against Bilton Grange, who Dean Close beaten in the IAPS final. It was a tight game but the boys held their nerve to win 1-0. On the other half of the pitch, the girls faced Weald of Kent Grammar School, from Tonbridge - and came across one exceptional player. The girls fought to the bitter end and certainly made the Weald fight for their win. To have one team in the National final in fantastic. Two teams in the National final, on the same pitch at the same time, was just so special. This was the first Dean Close Primary School girls' team ever to get to the final. Finishing 1st & 2nd in the country on the same day was an incredible achievement for Dean Close School and a proud day for Gloucestershire Hockey.